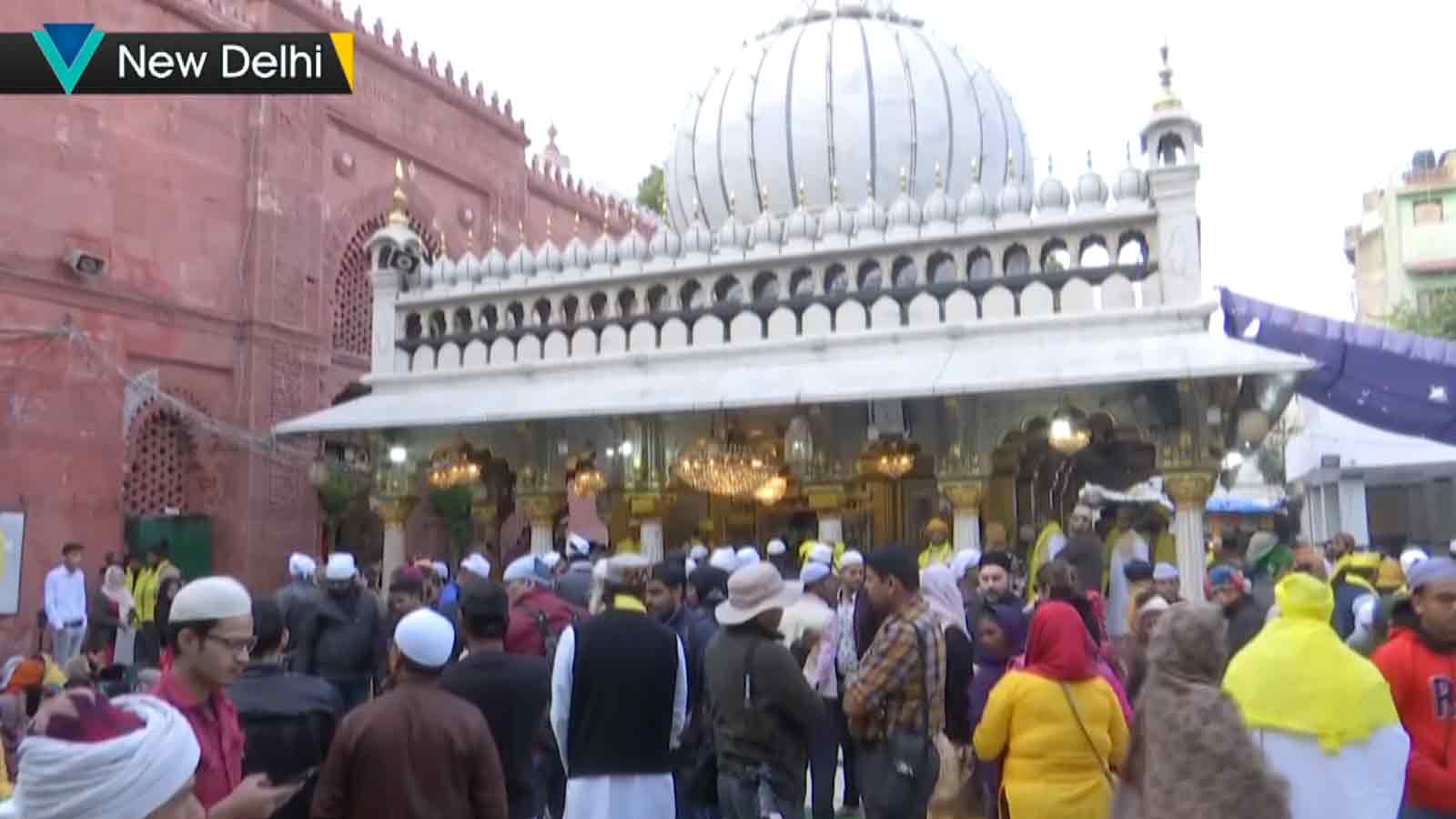 ‘Sufi Basant’ festival was celebrated in the holy shrine of Saint Hazrat Nizamuddin Aulia on January 29. It is celebrated in five major Dargahs of Delhi since the 18th century and accounts of the same have been mentioned in a book – ‘Muraqqa-e-Delhi’.

The Festival of Basant Panchami is being celebrated across India which marks the onset of spring and it is celebrated on the fifth day of the Magha month of Hindu calendar. Goddess Saraswati – the Goddess of knowledge, arts and music – is worshipped on this occasion. Qawwals gathered together in one of the lanes in the basti and sang qawwalis. Basant festival is the only time of the year when singing qawwali is allowed inside the shrine which is otherwise done outside in the courtyard. Devotees in yellow turbans offered yellow coloured sacred chaadar at the shrine. Various cultural ceremonies are organised on this day.

This entry was posted in Events, News, Religious Observance - Islam, Uncategorized. Bookmark the permalink.
%d bloggers like this: