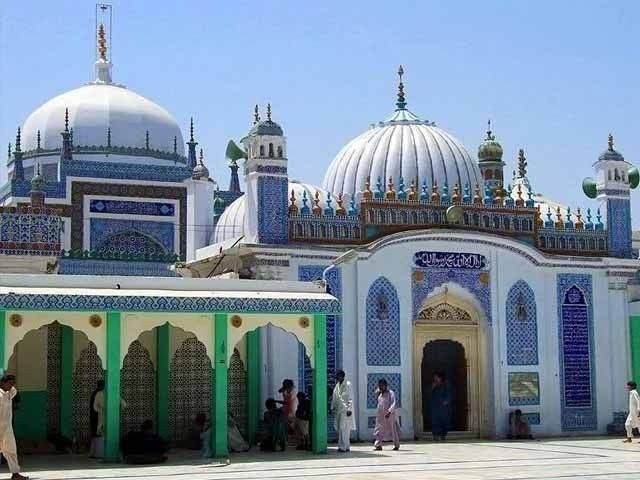 “I wish to see this town [Bhit Shah] turn into a place of spirituality and tourism where people from across the country and from other countries visit for spiritual awakening,” said Ismail, while praising the message of peace, love and harmony which prominently feature in the 18th century poetry of Bhittai.

The governor evaded a question when asked about his security protocol due to which the shrine was closed for entry to the public. Sindh Education and Culture Minister Sardar Ali Shah, who separately visited the shrine with Livestock and Fisheries Minister Abdul Bari Pitafi, said that they were unaware of the governor’s visit.

“Bhittai’s poetry has won admiration across the world,” the education minister said, pointing out that a stanza of his poetry is inscribed on the wall of the United Nations General Assembly hall. “It manifests that Bhittai has been recognised as a global poet and that his message stands for promoting peace and harmony in the world.”

Bhittai was born in 1689 at Hala Haveli in Matiari district. His father, Syed Habibullah Shah, was also a great poet and philosopher. The compendium of his poetry is called Shah Jo Risalo which has been translated in English, Urdu and other languages.

The Sufi poet was also a musician who played the five-stringed instrument he named ‘dambur’, a modification of Central Asia’s four-stringed ‘tambur’. Bhittai’s disciples, called ‘Fakirs of Shah Abdul Latif Bhittai’, still perform renditions of his music along with recitation of his poetry in the voices of men and women.

Tens of thousands of people attended the first day of the festivities amid stringent security. Private vehicles were not allowed entry more than a kilometer away from the shrine.

Five SSPs and 30 DSPs supervised the security with the deployment of 3,000 policemen besides Rangers personnel. More than 20 walk-through gates were placed at the entrance of different buildings and grounds. The CCTV cameras were installed at around 50 locations.

The provincial ministers later also inaugurated the cultural village, agricultural and industrial exhibition and the horse and cattle shows. An event of traditional wrestling also featured in the festival. The culture department organized Sughar Katchehri [a conference of the country folks] and a musical night as well.

A white-painted 16-foot tall statue of Bhittai placed at the Qarar lake, portraying the poet wearing a turban and playing dambur, remained the centre of the public’s attention. The sculpture, made by an assistant professor at the Sindh University, Nadir Ali Jamali, although inaugurated at the last Urs, was temporarily kept at the official guest house in Bhit Shah.

This entry was posted in Sufi Urs and Event Dates. Bookmark the permalink.
%d bloggers like this: